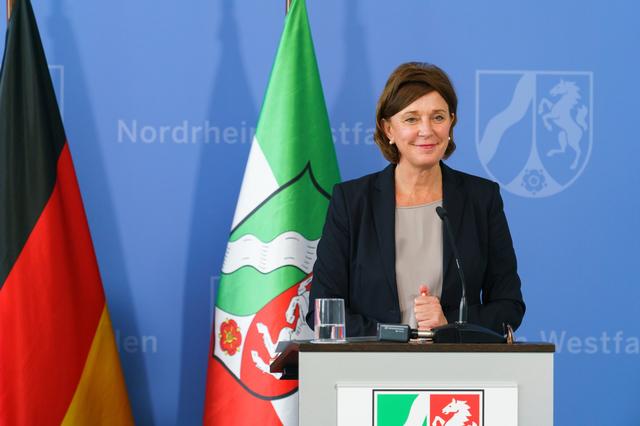 "our schools look like a hygiene filter for children and young people": how realistic is Gebauer?

Düsseldorf. While most of the federal states have reintroduced the obligation to mask in the classroom due to the explosion of infection among children and young people-and three even abolish the obligation to attend school-in the populous NRW school Minister Yvonne Gebauer remains at her screening course: even masks are still dispensed with in the classrooms. The FDP politician justifies this by the fact that schools would act as a "hygiene filter" against Corona. The data from the Landesgesundheitszentrum show a significantly different picture.

Among pupils in NRW, the number of corona infections has "slightly increased"-the German press agency reports at least, citing the Ministry of Education. In the wire report: & quot; A query among around 5,000 schools revealed that last week a pandemic had to be closed, as the school Ministry announced in Düsseldorf on Tuesday. As of 17 November, schools reported 10,559 confirmed Corona cases among pupils. This is 0.53 percent of the students-after 0.39 percent a week earlier. The number of infections detected at school or outside school.';

& quot; if further preventive measures become necessary, they would be mainly due to the behaviour of adults & quot;

It also states: "as of 17 November, 23,372 pupils were also in quarantine ordered by the authorities throughout the country. This was 1.2 percent-after 0.9 percent a week earlier. According to Minister Yvonne Gebauer, school Minister Yvonne Gebauer assessed the attendance classes for the approximately 2.5 million pupils after the weekly consultation. According to the FDP politician, schools are helping to slow the spread of the virus through strict tests and hygiene measures. & quot; if, in addition to the current measures in our schools, further preventive measures to combat the pandemic become necessary, they would be mainly due to the behaviour of adults. & quot; A sufficient vaccination rate among adults to protect society had not yet been achieved. & quot; and: & quot; No school had yet been closed by the deadline of November 10, NRW. & quot; 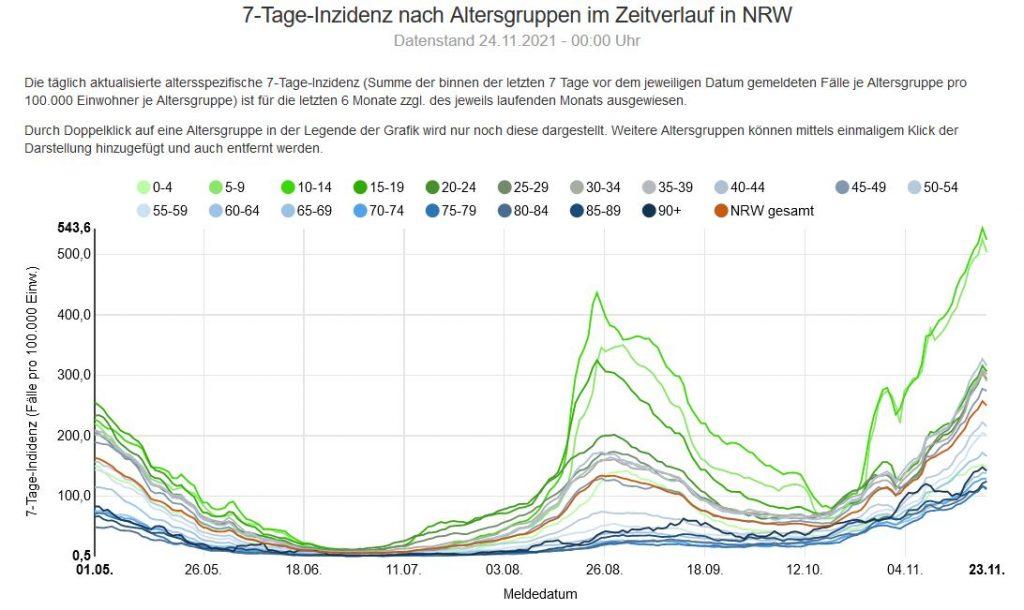 So far the DPA message. The jump from 0.39 to 0.53 for infections reported by schools is an increase of 35 percent-in just one week. "slightly increased" is already a daring interpretation of the data. Especially since percentages (instead of the incidences usual in the pandemic) additionally mist the picture.

However, the Ministry & APOs; s press release, which is based on the DPA report, provides additional tips. Literally, it says: "despite the increasing number of infections in Germany, the attendance classes for the approximately 2.5 million pupils in North Rhine-Westphalia are guaranteed."

So the number of infections in NRW doesn & APOs; t increase at all-but only nationwide? Another quote from Gebauer, which the DPA does not transmit, is remarkable in this context: "through the strict tests, our schools in the pandemic look like a hygiene filter for children and young people. Through the strict hygiene and infection protection measures and the tight, strict test system, schools help to control the events of infection and to slow down the spread of coronavirus. "

So it's all in butter at NRW schools? Are the incidences among pupils lower than in the rest of the population, because the schools act as "hygiene filters"?

In fact, the opposite is true: as current figures from the National Health Centre show, the rates of new infections among children and young people are rising rapidly-they have increased five times within a month (i.e. since the abolition of compulsory masking in classes). To a record level previously unreached in the pandemic: 10-14 year-olds then have an incidence of 524, five to nine year-olds of 504. The events of infection in schools are obviously driving the infections up all over the country: the overall incidence for NRW increased to 249.7 new infections per 100,000 inhabitants within a week on Tuesday.

But that does not challenge the black and yellow state government. According to health Minister Karl-Josef Laumann (CDU), NRW will continue to dispense with compulsory masking in the classroom, as reported by the "Rheinische Post". The Minister justified this with three tests in schools per week. News4teachers / with DPA material