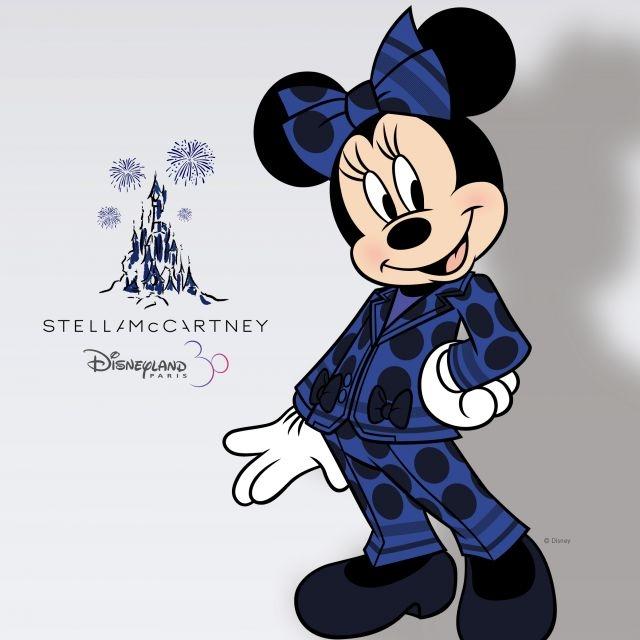 In the world of Disney character Minnie Mouse, the question played, "what do I attract?" So far, it's not a big part. With the exception of some Special Editions (such as an appearance as captain of a cruise ship), the answer was always the same: a red and white dot dress with puff sleeves and petticoat, plus a matching loop between the large round ears. The relatively huge pointed mouse-pumps became proverbial as Minnie mouse shoes also on human feet.

Now, however, a small revolution is beginning in the wardrobe of the popular figure. = = references = = The birthday of Disneyland Amusement Park in Paris, British designer Stella McCartney designed a new outfit for Mickey Mouse & APOs; s companion. On the occasion of the "Women's history month" in March, Minnie temporarily wears a blue-black dotted trouser suit and pretty reasonable black shoes with a wide, flat heel. Only the characteristic loop has left the fashion designer her model, but it also fits the new blue tone. "Minnie has always had a special place in my heart," Stella McCartney said on the occasion of the presentation of the new outfit. "we share the same values. What I love about Minnie is the fact that she embodies joy, self-expression and authenticity and inspires people all over the world, and she has a great style. This new interpretation of her typical polka dots makes Minnie Mouse a symbol of progress for a new generation."

Although the comic character, which first appeared in a cartoon in 1928, is supposed to wear its new business outfit only temporarily, the makeover caused some turmoil in the Disney fan base. After all, Minnie Mouse is original an animal adaptation of a human "flapper", that is, a type of woman of the 1920s popular in Hollywood, which is characterized, among other things, by wearing short dresses and a self-confident appearance. For some conservative commentators, the new wardrobe seems to represent a tendency to "political correctness" in pop culture. In addition, the outfit apparently reminded many of the trouser suits of former Democratic presidential candidate and US Secretary of State Hillary Clinton. In addition, the question arose as to why Minnie Mouse now wears trousers, while her Disney colleague Donald Duck has had to do without for decades.