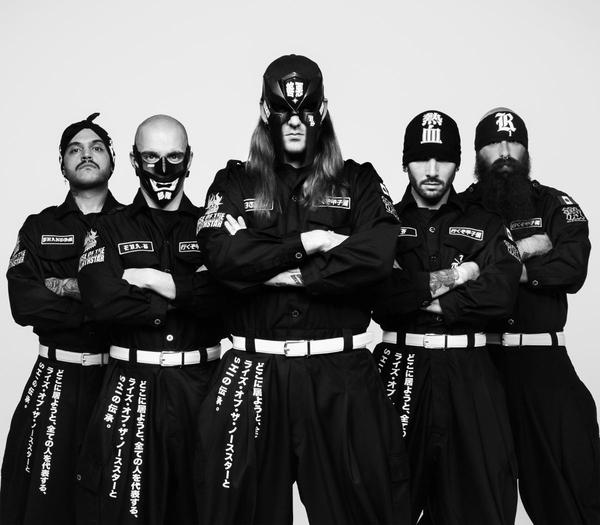 RISE OF THE NORTHSTAR in an interview: "May each of you remain authentic, just like we do!"

After Rise Of The Northstar released their latest work Legacy Of Shi on October 19, 2018, the opportunity arose to interview the guys. For me it was my first for Away From Life and also a great honor as I think ROTN is really great, so let's get to the bacon:

Interview with Fabulous Fab from Rise Of The Northstar

AFL: First let me introduce myself, my name is Julia and I write for the lovely DIY mag AWAY FROM LIFE. Today I have the opportunity to interview you and, what can I say, I'm really excited about it, so let's get started.

Fabulous Fab: Hi Julia, I'm Fabulous Fab, bassist with ROTN and your interviewee today, thank you also for putting this interview together.

AFL: When it comes to your style and your influences, you say that you don't see yourself in hardcore, but you know the scene well, respect it and understand its dogma. So what makes the hardcore scene so special in your eyes?

FF: We know the hardcore scene quite well, but in fact we know that ROTN doesn't follow its rules. We respect that, but we never said ROTN was a hardcore band. However, there are people here and there who say they know more about our music than we do and say we're a hardcore band. Then of course there are those who blame us for things they don't think are hardcore. One of our main goals is to unite people through music and not divide them. Our music should be perceived as metal, rap, hardcore and manga. Exactly this mixture makes our crossover and the title This is Crossover underlines it all again. Anyway I don't want to analyze the hardcore scene here but I can say it got me on the Northstar path and since then I got to play in this band and yes that makes the scene so special for me personally haha.

AFL: You play crossover metal, on the one hand with typical hardcore 2-steps on the other hand with aggressive metal parts and breakdowns, garnished with the flow and punchlines of hip-hop and rap. How can I imagine your songwriting and jam sessions, do you throw all these genres into one pot, stir vigorously and your unique sound comes out?

FF: When it comes to how we write our songs, we don't have a set process, we come out with what we feel. The riffs, for example, come naturally, are then recorded and put together as a demo. For Legacy Of Shi we actually had more than 40 tracks but as you know only 11 + one for the Japanese edition ended up on the album.

AFL: Let's talk about your latest work Legacy Of Shi, luckily I had the honor to write a review about it and first of all I really like the album. The disc's opener, The Awakening, sounds very mysterious before, I dubbed it "Tekken's Heihachi Mishima's Electric Wind Godfist Move", really bangs. But since my Japanese is rather bad to non-existent, could you briefly tell me about what exactly the Japanese voice is talking about at the beginning?

FF: Nice reference by the way, although I'm more the Yoshimitsu type hehe. The Awakening is the opening, telling us about Shi and the story that runs throughout the album. Shi is a fictional character created by our singer Vithia. He is Yokai, a Japanese demon who is denied access to Heaven and as a result has to choose a host, some kind of host, every 100 years. His legacy is the constant duality found in the lyrics and album artwork. But not only that, but also the fight between him and the band since the demon lives in Vithia at the moment. The point here is who owns who…? By the way, the English translation of The Awakening can also be found in the booklet.

AFL: I also like the song Step by Step, a song that has the potential to become an anthem, what's the story behind it?

FF: We wanted to write a kind of ballad and Step by Step came out of it. The lyrics are very personal, Vithia really tells us a lot about herself in the song.

AFL: How have you personally evolved since your debut Tokyo Assault? What has changed?

FF: Playing at ROTN teaches you discipline, tenacity, dedication and to keep beating yourself. That's also the reason why this band is not a hobby for us. Over the last few years we've met agents, managers, publicists and other people from the music industry and that made us kind of very pragmatic too. Since the band has determined our daily lives, these experiences have shaped us and I think we have all grown from it and through the band, at least I can say that about myself.

AFL: In 2018 a lot of big bands released new albums and you deservedly joined them. What are your favorites so far in 2018? 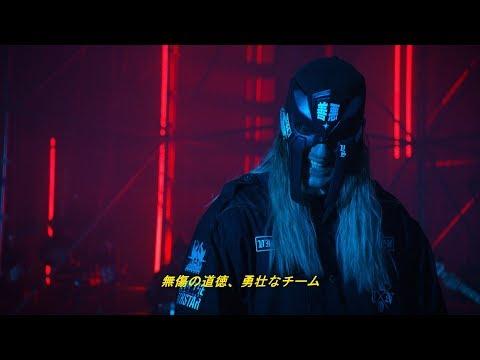 FF: Definitely The Legacy Of Shi! You're welcome to think I'm pretentious about that, but I don't care. I'm very happy with how the album is being received considering the amount of work and effort we put into it. I'm here to promote our album and not to apologize for the release haha.

Aside from our second album, I've listened to Ghost's Prequelle over and over again, I really like how Tobias Forge does his thing and delivers powerful hits along the way. Five Finger Death Punches And Justice for None and Terrors Total Retaliation have also been raging in my system so far.

AFL: You are well known for your frenetic and aggressive shows, how do you actually feel about violence in the pit?

FF: Shows are based on a fair trade agreement, we the band move, so the audience moves too and that's probably what makes our, as you say, aggressive and frenzied shows. The pit is, I would say, an outlet for all the people who come to our shows and I think that's a good thing, but there's no place for willful violence against others. I don't want to see people being slapped in the face or anything like that, but of course accidents can happen. Going back to one of my last answers, we want to unite. We see a lot of young people at our shows, parents come with their kids and it's our job to make sure every show is a safe haven for everyone.

AFL: Regarding the mosh pit, do you see any differences between your shows and hardcore shows?

FF: Yes totally! Compact crowd jumping and pogos have taken over crowdkilling. You won't find an empty pit with these two guys terrorizing the people on the pit edge with windmills and crowd kicking. On the other hand, we see a lot of people wearing gakurans, those Japanese student jackets and/or white masks that we also wore on stage. It's really nice to see dedicated supporters at our shows.

AFL: You're going on tour soon, what do you have planned for 2019, are you also coming to Germany?

FF: Of course we try to play as many shows as possible to push our album Legacy Of Shi further. Germany will not become an exception to the rule. To stay up to date, it's best to check our social media platforms regularly, there are constant updates on planned tours and festivals.

FF: I mainly remember the reactions and the energy of the audience that I feel on stage. We love performing in Europe and Asia. Japan stands out there, it's a country for us that matches the spirit of the band and that we draw so much from. It's the country we always stay a little longer after the tour to enjoy.

I still remember my first tour through Asia very well, we started in China in 2013, where the metal scene is still in its infancy. When you ask for a circle pit, people start dancing hand in hand in a circle. ROTN is part of the bands doing musical education here in a still untouched land, I mean we played by people who have absolutely no knowledge of the metal community.

Japan, on the other hand, tells a different story, the people are full of respect and very grateful. They thank us for coming, give us gifts, and sometimes they bring letters of apology from friends who can't attend the show.

In Europe we share the stage with other well established bands. When we opened the show for Machine Head in Paris, Robb Flynn came to see our set. At the Change Over he also visited our singer, a really appreciative gesture from him. Also Billy Graziadei from Biohazard supports us. It's a great honor for us because we grew up with many of these musicians.

AFL: In the meantime, social networks are becoming more and more important, both for artists and for individuals. What do you think about it, is it really necessary to go along to belong to a special group?

FF: For us the social networks are just tools to promote our band and our music. You won't see any personal stuff from us, posts from the van, hotel rooms, backstage or anything else. It's not worth sharing for us, and it's not really interesting unless you're maybe a superstar. Like I said, we're here to promote our music, not our everyday food or outfit. I think in our case the nature of our content brings real added value.

AFL: We're coming to the end, so I want to thank you for the nice interview and I hope you enjoyed it as much as I did. I look forward to seeing you on tour hopefully soon. Do you have any last words or would you like to say something at the end?