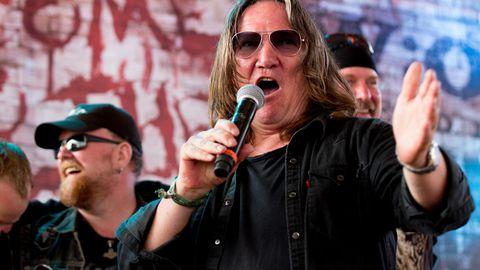 Ian Gillan: It was a combination of several things.I gave an interview last year in which I was asked what I was doing in the lockdown.As a joke, I said: "Well, i've Been Turning to Crime" (in German: "I turned to the crime.") I laughed and we talked about the phrase and so she got stuck in my head.

When a photographer took a picture of me on which I looked like a refugee prisoner, I thought that police photos would look pretty good as an album cover.In addition, we have produced a completely different album than usual, from which people could think that the criminal is.It was intended as a joke, but turned out to be a pretty good idea.

Have you ever done something criminal?

Gillan: My biggest crime is likely that I have thought about it in private.(laughs) I shouldn't say that at all, because otherwise they will probably arrest me.But I looked at the world around me and made my own thoughts about it - and they also keep them for me.

Why did you choose to absorb an album from cover songs, even though this could be seen as "criminal"?

Gillan: It's a bit like when we jam on stage.You just do the first thing that comes to mind and when it works, then you will do it.We were really not sure at first.But to be honest, the word 'cover' has a derogatory meaning.Nowadays it means something bad.It is something that we did our whole life - deep purple's first three hits were cover.We have just never made an entire album with covers. 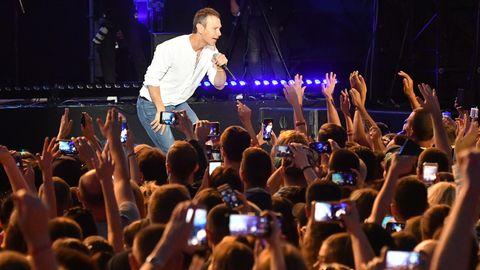 Our actual doubt, however, was that you will never get to the original with a cover.You have to respect and understand that everyone has carved this song in their head.So you don't try to do better, but to show respect.Honestly, Deep Purple are primarily an instrumental band.So we tried to find a way to pay respect to the songs, sound like we and us to give us an instrumental way.

In the making-of to the album, they say that the idea for a cover album had been in the room for a long time.What does a global pandemic do at the perfect time to finally tackle the project?

Gillan: Well, there was nothing else to do for musicians (laughs).We weren't on tour for two years - I was never on tour during my entire career!It was okay, I wrote a lot in time and dealt.But there is nothing about the chemistry of a band that knows itself as well as we do.So we decided to give the whole thing a chance.We have planned to record two to four songs and if that works, we would finish the album.When I heard the demo about "7 and 7 IS", I was swept away by the energy.It felt like I'm on stage with the boys.

You have democratically decided which songs make it to the album.How well did that work?

Gillan: Democracy works in a funny way.You think it is the best solution, but sometimes it doesn't work for you.Of the ten songs I suggested, not a single one made it onto the album (laughs).But I'm satisfied with that.I think it's right that those who play the instruments select the songs.Because I can't change the words, but you can change the backing track as they did it.I can't even remember which songs I have suggested.

They thought there were songs on the album that they would never have selected.Did that make it more difficult for you to perform them?

Gillan: I meant that I would not have chosen them because they were not part of my music history.But yes, it was a challenge.When I think back how I grew up...My grandfather sang opera, my grandmother was a ballet dancer, my uncle was a jazz piano player and I sang soprano in the church choir.That means when I started with rock'n'roll, I already knew a large music spectrum.So I can sing these songs.What was a challenge, however, was to feel these songs and not only to sing them mechanically correctly.

"Turning to Crime" is the first album that Deep Purple Remote - i.e. in separate studios - have recorded.Were there difficulties?

Gillan: Everything is so easy nowadays.You press a button and can access hundreds of shots.It all went smoothly.And it was not so different about our other recording process.You have to imagine that we are in a room in the studio to record together.However, sound screens separate us so that each sound can be recorded accurately and does not mix with the others.This time we just separated us borders instead of sound screens.(laughs)

During the lockdowns, numerous artists played digital concerts online.Would that have been an option for you?

Gillan: I think the reason why this album works is that we had a kind of control over it.If we had an element of improvisation, which is about 25 percent of our live show, it would not have worked.When we jam together, that's physically - we call it 'horse eyes'.If we look at 'horse eyes', i.e. a direct requesting look, we want to show the other:' Now I will change something.We do a different rhythm or whatever.Be prepared!'Something like this only works if you are in the same room.

If we had played such a digital concert in the same room, it might have worked.But it just wouldn't be Deep Purple.We don't construct music, we just play them.I'm not sure if the technology could capture this.In addition, the idea is very important to us that the audience is the sixth member of the band.Remote would be very difficult.You might be able to enjoy such a concert intellectually, but not emotionally.

You have been active in the music business for 50 years and have been able to watch the change in recent years.Every nowadays everyone streams and artists are making less and less use with their music.Is it still worth taking albums at all?

The songs from this form the development of the band for years and decades.This is absolutely necessary for us.Yes, the medium has changed, but the product is the music.That is more than enough.The medium has always changed and unfortunately the product has adapted too often.When I signed my first record contract, we received less than one percent of the income - and they were divided between six people and a manager.This is exactly what happens to young artists again with the streaming services.The old problems based on manipulation and greed have returned.I definitely see that skeptically and worries me.